A Feel of sLOVEnia

If you are visiting Slovenia, do not miss the opportunity to walk back in history 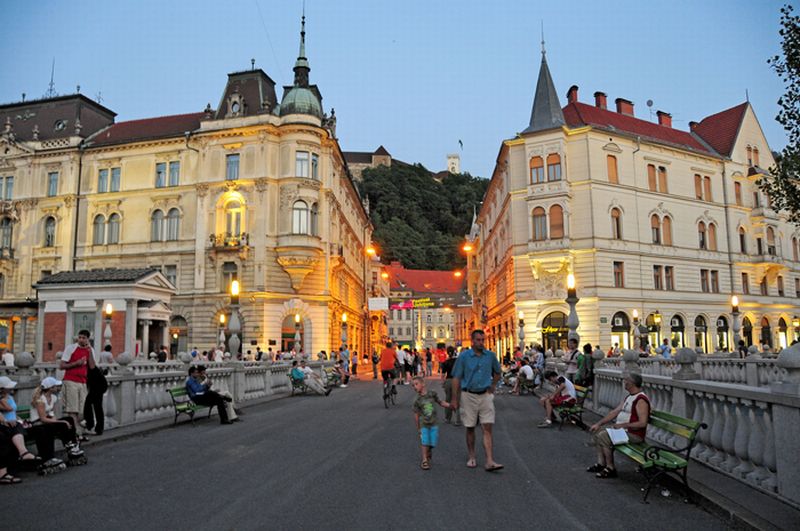 The Roman conquest of the Balkans was launched in the second half of the first century BC by Army Commander OCTAVIAN, who was later to become Emperor under the name of AUGUSTUS.

A main road to the Balkans ran close to the navigable Ljubljanica, a key trading artery between the Adriatic Sea and the Danubian Basin.

Emona was built on the river at the beginning of the first century AD and became the administrative and economic centre of an area covering 1/6th of present Slovenia. It was settled mainly by a population from Northern Italy.

In the third century, it was a powerful stronghold on the strategic line across the Alps defending the Italian Peninsula from invasions from the East.

Emperor THEODOSIUS the First visited the town in 388.

In the 4th century, CONSTANTINE THE GREAT put an end to the persecution of Christians, declaring religious freedom, and Emona became a Christian diocese. The influence of the Christian church increased after the disappearance of the Western Roman Empire in 476.

Nowadays, numerous remains of the Roman occupation can be found in many places of the city as we know it today.

On Kongresni Trg, to name but a few, a gilded bronze statue of a local citizen stands on a column in the vicinity of a stone sarcophagus, near the ruins of the wall of a house.

In 2014 the city decided to commemorate its glorious past and organised a walking tour of discovery of the main attractions. Two archeological parks, the Emona House and the Early Christian Archeological Park were opened to the public.

If you are visiting Ljubljana, do not miss the opportunity to walk back in history, the tour will be in operation until spring of 2015. 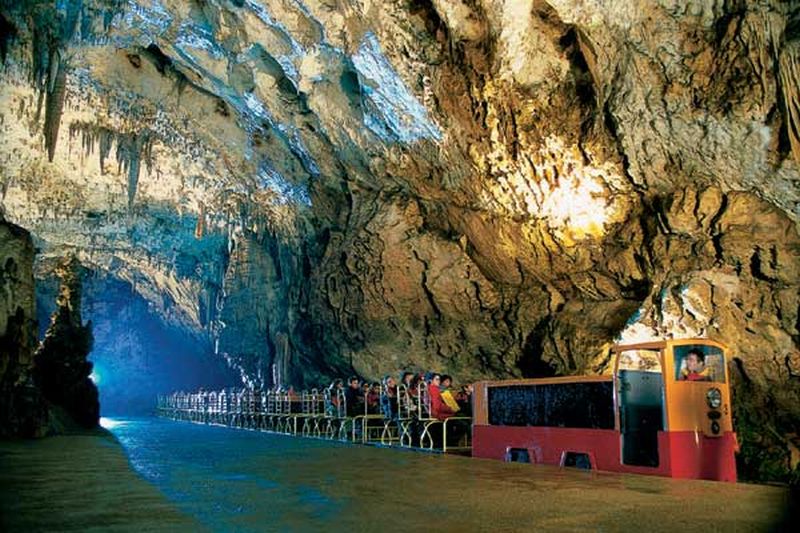 50 km southwest of the capital in the heart of the Karst region lies an area dotted with hundreds of caves, the queen of which is the one called Postojna after the nearby town.

Discovered in 1818 by Luka CEC, it has attracted crowds of admirers from all over the world. With 35 million visitors in 100 years, it has become the number one tourist attraction of the country.

Lit by electricity since 1883, the 21 km cave system has a 5 km tourist trail visited partly on an electric train opened in 1872, partly on foot. The temperature in the cave is a constant 10 degrees.

Next to the Cave is the Proteus Cave Vivarium exhibiting facts on karstology, speleobiology and subterranean animal habitat. The structure is called after the blind PROTEUS (also called « human fish ») that can live in the darkness for up to a hundred years. 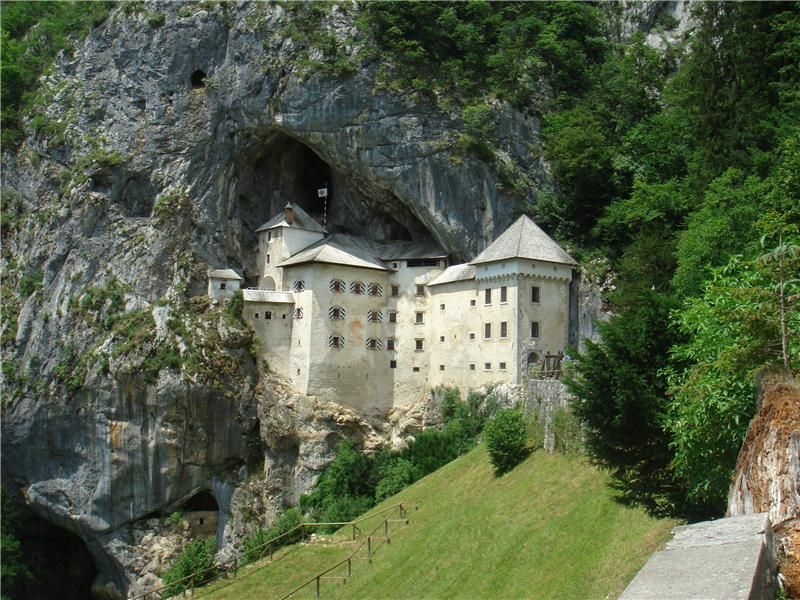 A 9 km picturesque country road will take you from the Cave to the castle (see picture) nestling halfway up a cliff, one of few places like it anywhere in the world.

The original castle was probably built in the 12th century. In the second half of the 15th century, it was inhabited by its most famous dweller, the robber knight ERAZEM who supported the Hungarian King Matthias Corvinus in his wars against the Austrian Emperor Frederick the Third.

As the legend goes, when the Emperor beheaded one of his friends, Erazem took revenge by killing one of Frederick’s relative and had to take refuge in his supposedly impregnable castle.

Caspar Ravbar, Governor of Trieste, besieged the place for a year and a half without success.

Unfortunately, one of the servants betrayed his master and the castle was invaded , apparently while he was using the toilet, and Ravbar killed the valiant knight in 1484.

The existing castle was completed in 1570 and changed several hands until 1846 when it was bought by Austrian Marshal Prince Alfred zu Windischgrätz.

The castle is open to visitors and the interior is as impressive as its unique location.