An attractive city in Belgian Flanders

Located at 125 km from Brussels, YPRES is a charming city in the West Flanders province of Belgium in the heart of the Westhoek region close to the French border 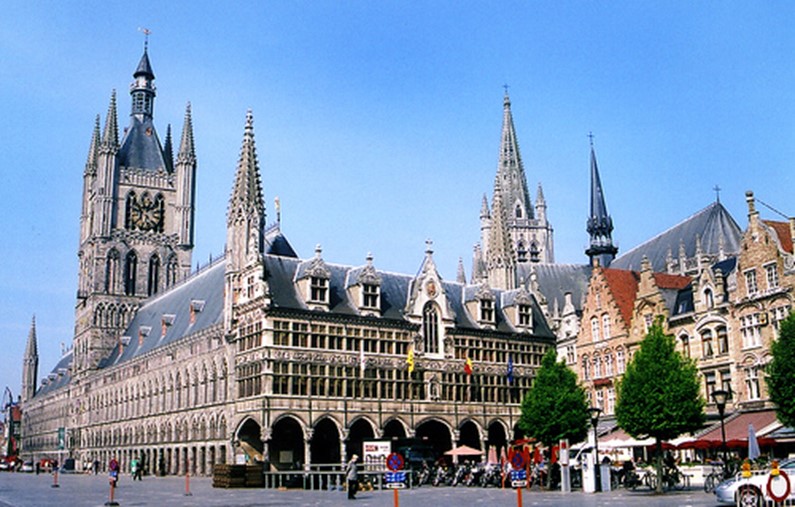 Located at 125 km from Brussels, YPRES (IEPER in the local language and pronounced « Wipers » by the British) with its 35000 inhabitants is a charming city in the West Flanders province of Belgium in the heart of the Westhoek region close to the French border.

Last May, the city was awarded the Golden Apple Trophy by the World Association of Travel Journalists and Writers (FIJET). MOSCOW had received the same distinction in September 2015. The Golden Apple is given to cities, regions or places that are of special interest to world travellers.

Founded in the 10th century, it started flourishing in the 12th century as a major European production centre for cloth, second only to Ghent and Bruges. Its decline began at the turn of the 14th century which saw revolts against the ruling Counts of Flanders. It was hit by plague and various epidemics from 1347 causing food shortages leading to the exodus of numerous families of skilled craftsmen. Stiff competition from England and Holland, wars with France and a siege and bomb attacks by the English contributed to a downfall in trade to such an extent that the cloth production dropped to 50 % of its 1300 level.                                                       At the end of the 15th century independent craftsmen moved back to revive the declining production but the city never recovered fully its former glory.

All historical buildings and monuments have been rebuilt to their original version in strict respect of historical structures. The main building is the HALL OF CLOTH (Lakenhalle), symbol of the city. It stands proudly on the Main Square (Grote Markt), overlooked by its 70m belfrey housing a 49-clock carillon. It was first completed in 1304 and rebuilt in its original form after the war.

Standing next to the Hall of Cloth, it has a gothic aspect with some Renaissance touch on the upper stories. The Council Meeting Hall where the Golden Apple Ceremony took place is adorned by a huge painted glass window and frescos. It too, was restored to its former glory after the war.

Its tower is 100 m high. The church contains the tombs of the most famous local bishop Jansenius and Robrecht van Bethune, the only Count of Flanders buried in the city. The Lapidarium next to the cathedral contains the ruins of the former provostship building which was never reconstructed to serve as a testimony of war damages.

The anglican church was built in 1928-29 and furnished with artifacts reminding of World War I donated by British associations, regiments and private contributors.

Built in the style of a Roman Arch of Triumph it bears the engraved names of 54896 lost soldiers from the former British Empire. Every evening at 8 P.M. the ceremony of the LAST POST is performed under the arch by bugle players of the eponymous association.

It stands on the road to the French city of Lille, distant of 40 km to the South, and is part of the fortifications surrounding Ypres. It is the oldest preserved city gate dating from the 14th century.

Well worth a visit, access is through a 1714 stone gate representing Neptune, Roman god of the seas.

Part of the fortifications, they are located at ground level and were used to store artillery ready to shoot. They now house a Reception Centre and a mini brewery.

There a few interesting ones, but the one not to be missed is the IN FLANDERS MUSEUM in the Hall of Cloth, exhibiting a rich collection of artifacts pertaining to the war and history of the city.

Every three years there is a Cat Celebration and Cats Parade which earned Ypres the nickname of Cat City. In ancient times cats were considered as symbols of the devil and witchcraft.

They are spread all over the area : 152 of which 75 within the city territory . The most impressive is the TYNE COT, the largest British War Cemetery in continental Europe. It is located 10 km outside the city walls and contains 11962 graves of which 8373 are unidentified.    All WW I monuments and cemeteries are administered and maintained by the Commonwealth War Graves Commission.

Ypres is a logical exdtension to visits in Ghent and Bruges to have a global vision of the main cities in Flanders.

Recommended hotel in Ypres : the ARIANE, in a quiet location within walking distance of the main sights.